With Thanks to The Daily Telegraph)

Elizabeth Harrison, who has died aged 93, escaped from Germany as Hitler rose to power, fled Belgium and worked for the French Resistance before becoming the long-serving secretary of the RAF Escaping Society and devoting her later life to the “helpers” who had come to the aid of Allied airmen shot down over occupied Europe.

The daughter of a Jewish banker who had served in the Imperial German Army and was wounded at Verdun in 1916, Liesel Ethel Marie Lucas – always known as Elizabeth – was born on March 8 1923 in Dusseldorf. She was educated at the city’s Goethe Lyzeum where, in 1933, every class began with teachers and pupils making the Nazi salute. Her father immediately started to make plans to leave Germany.

At the end of October 1933 the family moved to Brussels, where Elizabeth continued her education at the Lycée de Saint Gilles, where she became a keen girl guide, an activity that would stand her in great stead in the coming years. In 1938 she travelled to Teddington on a school exchange programme and “immediately fell in love with England”.

On the outbreak of war on September 3 1939, Elizabeth left school and started a one-year secretarial course. On May 10 1940 the Germans invaded the Netherlands and Belgium; the Lucas family were arrested as Jewish immigrants. Elizabeth, her brother and their mother were later released but her father was held in an internment camp in the south of France for three months. 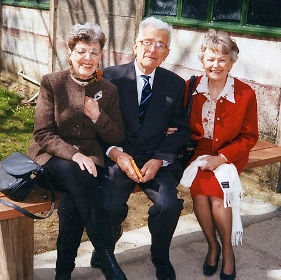 With François Nothomb and Andrée Dumon of the Comet Escape Line

With her mother and brother, Elizabeth headed for the French frontier but they were turned back because their temporary identity cards bore their German nationality. They ended up at the Belgian coastal town of La Planne where they came across groups of the retreating British Army. Shortly afterwards, the house they were sheltering in was shelled by the Germans and on May 31 they were “liberated” from the British by the Nazis. They were forced to return to Brussels and there she immediately offered her services to the Red Cross, starting work in the office that listed the missing and the dead.

She remained in Brussels until July 1942, by which time Jews were required to wear the Star of David on their clothing. Her father decided to move the family, and they left for Paris, intending to travel south to cross the Line of Demarcation between Occupied France and the Vichy-held territory to the south. Then, after three failed attempts to leave Paris, they were smuggled on to a goods train from which they escaped at Givors in Vichy France. They were able to obtain papers indicating that they were Belgians.

Soon Elizabeth Lucas became involved with the Resistance, serving as a courier carrying messages to Lyon, an occupation that she did not divulge to her parents. She also assisted in distributing air-dropped supplies. After the liberation of southern France in August 1944 she appeared proudly wearing her FFI (Forces Françaises de l’Intérieur) armband when, to her amazement, she discovered that her father had also been helping the Resistance.

Elizabeth Lucas immediately began work in a hospital caring for troops, including Germans and French civilians injured in air raids and bombardments. In October she returned to Brussels, where she started working for the American Red Cross in the Civilian War Relief department, which had close links with the British Red Cross. Working for the latter, she had the harrowing experience of helping released inmates of the concentration camps as they returned to Belgium and the Netherlands.

With the work of the American Red Cross coming to an end in early 1946, Elizabeth Lucas worked in Brussels for the World’s Alliance of YMCAs – War Prisoners’ Aid. Some of the aid provided was for 64,000 German prisoners of war held in camps in the Low Countries. Speaking fluent German, French and English, her service as a translator was invaluable. 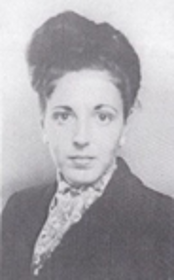 By the summer of 1947, with the trials of the major war criminals at an end, other senior German military officers were to be tried. Before they were transported away from their special camp in Belgium, an inspection of their accommodation and facilities had to be carried out. Elizabeth Lucas was given the job of joining the inspection party as the German-speaking secretary.

She was the first woman the prisoners had seen for almost two years. At one stage, two high-ranking German officers were standing guard outside a lavatory while a 24-year old German Jewish woman answered a call of nature.

After her marriage to a former British Army officer she left for South Africa and Rhodesia before settling in Britain in 1968. In 1978 she answered an advertisement for a secretary for the Royal Air Force Escaping Society.

Marshal of the RAF Viscount Tedder had established the Society in 1945 in response to the many hundreds of RAF evaders and escapers who wanted their “helpers” to be rewarded for their bravery, and to give financial assistance to the survivors and dependents of those who had lost their lives assisting them to escape. A close bond developed, and remains to this day, between these unique groups of people.

She was perfectly qualified to fill the role of secretary and for 18 years she devoted her life to maintaining links with evaders and their helpers across Europe. She attended countless reunions and made annual pilgrimages along the major escape routes. For her work she was appointed MBE in 1996. She had also been decorated by the Belgian Red Cross. 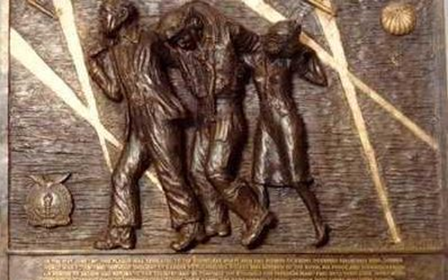 After the RAF Escaping Society disbanded in 1995 (it remained a charity for a further five years) Elizabeth Harrison, as she then was, became a founder member of the Escape Lines Memorial Society (her membership number was No 3), serving on the committee for many years. She maintained her European contacts until her death.

She was also a talented sculptor and designed and created the RAF Escaping Society plaque, which was dedicated at the RAF church, St Clement Danes, in June 1981. Replicas are hung in the war museums of Australia, Canada and New Zealand in addition to others in Brussels, Overloon and Paris. 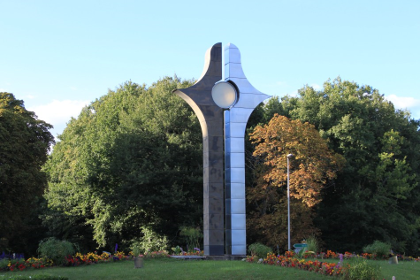 She also designed the Valençay SOE Memorial, a 30 ft monument to those members of “F” Section of the SOE who lost their lives in France. The memorial was dedicated in the presence of the Queen Mother on May 6 1991, marking the 50th anniversary of the dispatch of “F” Section’s first agent to France.

Elizabeth Harrison’s determination, courage and sense of adventure never deserted her. In her seventies she made three tandem parachute jumps to raise money for the RAF Escaping Society and other charities. Recently she wrote about her early life in a Kindle book, Receipt for a Dead Canary.

Elizabeth Lucas married Alexander Manson in 1947 and the marriage was later dissolved. In 1963 she married John Harrison, who died in 1982. A daughter from her first marriage survives her; a son predeceased her.