The Route – This trail was inaugurated as an Escape Lines Memorial route in 2006. It follows a combination of wartime routes used by the people of the Netherlands to return Allied escapers and evaders to England, or later in the war, back to the Allied Lines. The trail is dedicated to the people of the Netherlands who assisted Allied soldiers, aircrew evaders, and later paratroopers of the British 1st Airborne Division and men of the Polish Parachute Brigade, who fought in the battle for the Arnhem Bridge (Operation Market-Garden), to reach Allied Lines on the west bank of the River Rhine.

The route of the trail includes part of the Dutch-Paris Escape Line route for aircrew evaders, and also the routes used by Airborne evaders (Pegasus 1 & Pegasus 2). It also includes some of the ‘Line Crossers’ routes. Many of the wartime routes were followed under the cover of darkness, the evaders having previously been collected in and hidden in Dutch houses and farms in the wider area. The first priority was to remove the soldiers from the immediate area of Arnhem. The safe-house keepers then treated the paratroopers’ wounds, fed them, and gave them rest and shelter. Others (The Line Crossers) led the evaders to prearranged river crossing points, from where they were able to link up with Allied forces.

As retribution for their allegiance to the evaders and the Allied cause, many of the Dutch helpers were captured, badly tortured and later executed. Others simply ‘disappeared’ into the concentration camps of the Third Reich. This ELMS trail is dedicated to the Dutch helpers who ensured that, by their actions, the Dutch escape lines remained open throughout WW2.

The event is run over a four-day period and covers a distance of 100km. A number of Memorial Services take place.

Walkers move to start point at the Arnhem Bridge. Short Service and wreath laying. Walkers walk to the Hartestein Hotel at Oosterbeeck, note the location of the Airborne Forces Museum. Walkers view the museum. Walkers will retrace the routes of the Pegasus escape. The finish point for day one is at Wegeningen. Ground is flat. Going is moderate.

Walkers move to Wegeningen for short Memorial service and wreath laying. Walkers visit Hotel de Werald where the Dutch Peace Treaty was signed at the end of the war – 1945. Walkers are then moved to Grebbeberg National Monument for short service and to lay a wreath. Walkers moved to start point of walk at Warmel, south of the River Waal. The day’s walk finishes at Brughem. Ground is flat. Going is moderate.

Walkers follow a dyke and track route through broken woodland.

Ground is flat. Going is moderate. 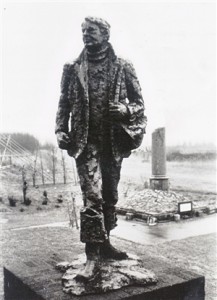