…And the kids did their bit too! 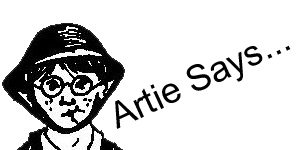 Many people think of children during WW2 as just evacuees. True, many children were evacuated, taken from their homes in the cities to ‘safer’ parts of the country, but we want to tell you about the much less known contributions made by children during the Second World War in Britain, mainland Europe and also the Far East.

At the time of WW2 most young people left school at the age of 14. Some went on to gain apprenticeships, enabling them to assist with maintaining aircraft. Those who weren’t old enough to leave school or chose to stay in education, also ‘did their bit’. Each school had their own garden plot to grow vegetables; sewing classes were given to encourage ‘make do and mend’ and cooking classes also took place – a useful way to gain new ideas with rationing underway!

Most of the children who lived in rural areas – or who were evacuated to the countryside – worked on farms, helping with the harvest and raising livestock, all very essential jobs as Britain needed to be as self-sufficient as possible, because we never knew when more food would arrive from overseas.

Another way children became involved in the war effort was through enrolment in the Junior Service Corps, which helped many to prepare for entrance into the armed services.

Boys were able to enrol in the:

Girls between the ages of 14 & 18 were able to train for the Women’s Auxiliary Services.

Life was different however for their counterparts on the continent; Girl Guides in Poland were known to have worked as nurses during the war, whilst others on mainland Europe worked as intelligence gathers for the Resistance. One Girl Guide even tried to help POWs escape from a prison camp, but was caught and killed by the Germans.

In the Far East:-

The Girl Guide movement was also playing its part in the Far East. In a Japanese concentration camp a group of Brownies were credited with raising morale, and providing purpose and structure to all those who were held as prisoners. The Brownies also helped by giving instruction in ‘how to survive’ by demonstrating the skills that they had been taught.