The Monte San Martino Trust has a strong backing from former POW escapers in Italy, and their families, who have never forgotten the help given to them by the contadini of the Italian countryside. The debt the escapers owe to them will never be able to be paid. One of those escapers was Keith Killby. 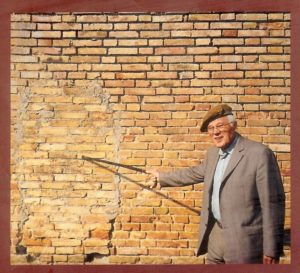 Keith Killby was captured in fighting around Tobruk in 1942, but when it was found that he and his Field Ambulance Unit had treated German as well as allied wounded, his captors released him and sent him back to Allied Lines. After the advance from El Alamein, while serving with the RAMC in the Suez Canal Zone, he volunteered for Special Duties. After intensive training and qualifying as a parachutist, he joined the SAS Regiment and in May 1943, with the desert war drawing to a close, he was working with the Special Boat Squadron on a raid on Sardinia. Captured on Sardinia, he eventually arrived at the POW camp at Servigliano, near Monte San Martino in the Marche area of Italy. Keith [awarded an OBE and honorary citizenship of Monte San Martino and who is also a Cavaliere Ufficiale of the Italian Republic] escaped from Servigliano POW camp through a hole in the wall together with 2000 other prisoners, on the night of 14 September 1943. 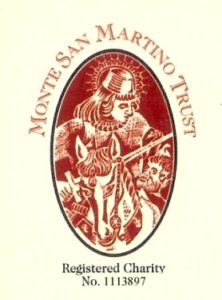 Keith Killby founded The Monte San Martino Trust in 1989 in order to reward, in a small way, the descendants of those Italians who gave courageous and generous assistance to the thousands of Allied servicemen on the run from PoW camps following the Italian Armistice in September 1943. Many, like himself, had been assisted by the ‘contadini’; nursed when they were ill; given food, clothing and shelter; guided to the allied lines by people who had barely enough food to feed themselves; and were risking their lives and the lives of their families for people they did not know. They did so in the knowledge that if caught with allied escapers they would pay the ultimate price – execution or a concentration camp – and their farms and property burnt to the ground and their livestock killed.

The International Red Cross reported that there were 52 main camps in Italy, served by 18 hospitals and a number of work camps. Despite the transfer of many prisoners to Germany after the Italian Armistice on 8 September 1943, up to 50,000 men left the camps and set out to reach freedom: north to Switzerland or hundreds of miles south towards the Allied lines.

Since its foundation, the Monte San Martino Trust has supported many young Italian students with bursaries to travel to London or Oxford to learn English. The students come primarily from the areas that gave great help to escapers including the Marche, Tuscany, Molise, the Abruzzi and many other regions. Many are descendants of the village helpers who assisted escapers. Others are from the former mountain villages. Over three hundred bursaries have been awarded since the foundation of the Trust.

The ELMS works alongside the MSMT in Italy, has set up Freedom Trails with both the MSMT and the people of Italy and continues to work with them. The Freedom Trails [‘Walking Memorials’] are permanent reminders of the courage, generosity, sacrifice and humanity shown by the ordinary people of Italy in assisting escaping Allied servicemen.

The Trust holds a large library and archive of information on escapers in Italy. Fascinating stories of wartime courage and generosity often accompany the bursary applications, together with copies of official certificates of gratitude to the families (Alexander Certificates issued by the Allied Screening Commission).