All those who came to the ELMS Family Day at the Special Forces Grove at the National Arboretum enjoyed a really wonderful occasion. 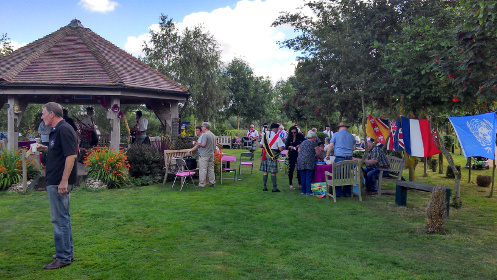 The weather was, for a change quite glorious and the Grove looked at its very best, largely thanks to the ongoing work by Mike Colton and his helpers.

The ELMS Trustees had held a meeting the night before at a local hotel and so were on the ground early in order to help set everything up. 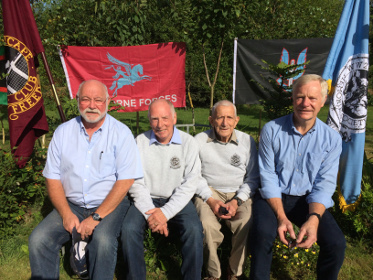 The scene was resplendent with the flags of many nations represented by memorials in the Grove and with plenty of seating in both shade and sunshine those who visited were able to enjoy the day to the maximum. 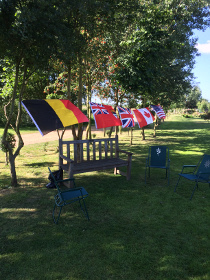 We were fortunate again to have with us members of the Sheffield Pipe Band, who despite their hectic summer schedule (The Somme Commemorations included) were able to send a contingent to play for us.  They formed up at the main entrance to the Arboretum and as usual marched all the way to the SF Grove, attracting a good crowd as they went! 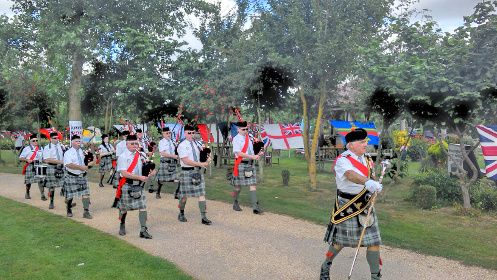 It was really heartening to see the number of families who had clearly come fully prepared to enjoy the day with picnic hampers full of all sorts of food and drink, and as people spread themselves around the Grove we drew quite a number of visitors who were merely passing by on their way to somewhere else!  As the SF Grove develops it has become quite an attraction within the Arboretum and it would be heartening to see a few more Society members and their families joining us along with the many casual visitors who ‘dropped in’ to find out what was going on!

As always at our events we like to pay homage to those who we remember, and Saturday was no different.  At midday, at the ELMS memorial to the escapers, evaders and helpers the Director said a few words, a lone piper played a lament (which drew a few tears from the audience!) and a wreath was laid by Lucy Wilkinson. 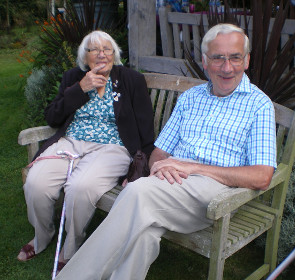 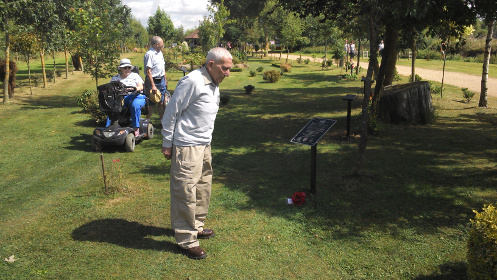 Major David Sharpe, our President also laid a tribute at the memorial to the UN Partisan Forces (The original unveiling has been reported on previously) and all then retired to enjoy their lunch.  With the lovely weather it really was the day for a picnic and groups soon settled down to enjoy their day. 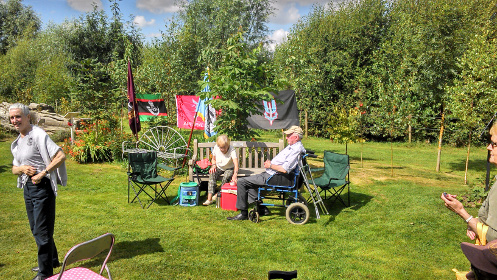 Our thanks go to Mike Colton and his helpers, firstly for allowing us to use the SF grove for our Family Day and also for the wonderful work that they are doing to make their Grove something really special. 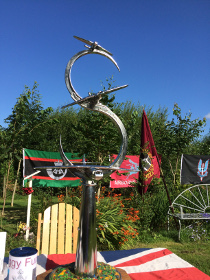 They are currently fundraising for their memorial to the operation at Pegasus Bridge by the company of the Ox & Bucks Light Infantry under Major John Howard.  Mike and his team need to raise a total of about £45,000 and have already reached 25% of their target. If you would like to make a donation towards this project, and help with the long term development of the Grove, which ELMS members are fortunate to share then you can do so via this link:

By next year’s event the Arboretum will have completed a programme of major refurbishment and new build work which can only enhance the experience for visitors.  Entrance is free (there is a car parking charge of £3.00 for the day) and there will be a new visitors centre with catering facilities.  Why not make it a date for your diary next year?